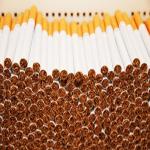 It has been a long, vitriolic and cumbersome fight between federal regulators and tobacco companies in regard to custom product labels. The more restriction the government puts on tobacco labeling and packaging to discourage consumers from smoking, the more BIg Tobacco finds a way around it.

The most recent labeling technique to skirt federal laws was recently profiled in a study by the Harvard School of Public Health. In it, researchers looked at how tobacco companies have seemed to cut corners on federal regulations banning cigarettes from carrying labeling that identifies the product as "light" or "mild."

How have they done it? By using color-coded packages to replace label language.

2006 Ruling Prohibited 'Light' Descriptors on Labels for Products A federal ruling some seven years ago banned producers from using such language on labels for products, saying it is used so consumers think other cigarettes are a healthy alternative.

Through its research, HSPH found, for example, Philip Morris phased out such language and replaced it with colors. "Marlboro Light" was re-labeled and became "Marlboro Gold," the same for "Marlboro Mild" and "Marlboro Blue." "Marlboro Silver" was introduced to replace "Marlboro Ultra-light."