This entry was posted on January 30, 2013 by Lightning Labels. 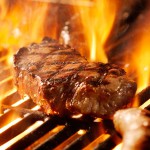 Food labels that impact health and safety are often given prioritized attention from regulatory bodies. However, at least one proposed rule overhauling beef labeling in the United States is mired in the White House review process.

As reported by The Kansas City Star, a labeling change introduced by the U.S. Department of Agriculture for beef tenderized by mechanical processes has been under review by the White House for more than three months. Federal guidelines dictate that regulations should be under review for no longer than 30 to 90 days.

Future For Food Labels Uncertain
After being evaluated for a longer time than is acceptable by federal standards, the food labels for mechanically tenderized beef products face an unclear future. In December, the Office of Management and Budget had extended its review period for an undetermined length of time.

Proponents of the labeling change are urging accelerated action based on the risk mechanical tenderization poses to consumer health and safety. Such processes, which include automated needles or knives being driven into beef, can push dangerous pathogens that can cause E. coli poisoning far down into the meat.