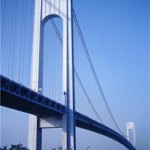 Staten Island homeowners saw an increase in residential burglaries after Hurricane Sandy, but launched a new measure to divide residents from tourists - color-coded custom round stickers for cars. According to NBC New York, many neighborhoods developed a program to separate residents from tourists after concerns were voiced about home thefts from non-residents.

After the number of reported burglaries rose in the aftermath of Hurricane Sandy, homeowners decided to band together and create an initiative to identify local residents from out-of-town vehicles or those who relocated to the neighborhood. Some of the thefts included appliances, copper piping and contractor's tools.

Due to the increase in criminal activity, police presence rose to protect local residents, but homeowners felt they could help authorities recognize who lived in the area by developing the round stickers. According to SI Live, a local news source, police patrol the areas where homes are still vacant and plan to continue strategizing their efforts.

Stickers for Car Windows Segment Locals from Tourists  NBC New York reports homeowners instituted colored stickers for car windows to show they belong in the community and to display solidarity against residential thefts. Because of the sudden influx of people in the neighborhoods due to relocation efforts, the residents felt they were in their rights to divide themselves from those who were not part of the community.