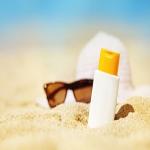 Study Shows SPF Listed on Lotion Labels are Incorrect With summer quickly approaching, one of the products that will start quickly flying off the shelves is sunscreen lotion. However, findings from a new study suggest that people may not be getting the kind of skin protection they think they are.

This week, CBS News reported that Consumer Reports conducted an investigation of 65 different kinds of sunscreens, including sprays, lotions and sticks, and found that a large portion of them did not meet the SPF claims made on the labels. Each product that was looked had an SPF level of at least 30, which is the bare minimum called for by the American Academy of Dermatology.

The researchers put the sunscreen on the backs of the study's participants. Then, they had them immerse themselves in water for the amount of time the directions on the lotion's label suggested before exposing them to UV light. According to the source, 43 percent of the sunscreens did not live up to the SPF claims made on the products' labels. For example, two brands of lotions designed for kids that are labeled as having an SPF of 50 were tested and discovered to only have SPF of 8.

Both of the brands told CBS that their sunscreen lotion labels are correct and that they adhere to the safety requirements set forth by the United States Food and Drug Administration.

The news source also revealed that Consumer Reports argues that sunscreen claiming to be waterproof is incorrect because "no such product exists." And at least one company is taking it a step further by advertising its products as actually being more protective and effective after being soaked in water for a half an hour after being applied. However, after testing the brand's offering, the researchers came to the conclusion that there was no difference in its SPF when used on dry or wet skin.

Tips on How to Correctly Read Sunscreen Labels As the Consumer Report researchers explained to CBS, SPF of 50 or higher is all pretty much the same.

However, the American Academy of Dermatology does offer some guidance on its website in what to look for on sunscreen product labels. The organization recommends making sure the chosen brand is broad spectrum, meaning it has protective capabilities against both UVA and UBA rays.

If you're looking for a lotion that will be effective even when you go swimming or start sweating, you should look for a label claim of being "water-resistant" - rather than waterproof. Why? The AAD echoed the explanation Consumer Reports gave: No product can accurately make this claim because it isn't possible to be entirely waterproof. Manufacturers are no longer allowed to label their sunscreen products as being "sunblock," since this term can be misleading for consumers.

The source also indicated that people should use the same guidance when buying cosmetic products. For example, a lip balm label should have SPF of 30 or higher to offer adequate protection.