The Body as a Billboard? Skin Used as Advertising Space in Japan with Custom Stickers 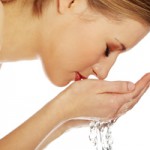 Advertisers use custom stickers every day for their marketing campaigns, but one company in Tokyo has asked young consumers to sell their skin as ad space. According to Codewit World News, thousands of young adults have enrolled their legs as advertising space in Japan since November 2012. Every day, the participants are each given a sticker to place on their limbs or face and must take a picture to put on social media to encourage the advertisement to spread online.

Cheap Custom Stickers Become a Fashion Statement  Codewit World News reported that "skinvertisement" with cheap custom stickers is more affordable for Japanese companies than traditional marketing methods and is quickly becoming a fashion in the country. While it is more popular among women, young men are also participating in registering their forehead, arms and legs as ad space.

One participant told the news source that it is just another trend.

"It's like a new sort of fashion, and I never found it off-putting in the least," she said.