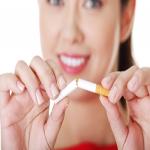 Big Tobacco has fought the not-so-good fight against hazardous warning labels on cigarette packing, but it seems to be for naught. Despite persistent attempts by cigarette companies for the Supreme Court to hear testimony against the 2009 Family Smoking Prevention and Tobacco Control Act, the court decided to decline its appeal. According to The Wall Street Journal, the Supreme Court rejected tobacco companies' argument that parts of the 2009 law violated the industry's constitutional free speech rights.

R.J. Reynolds Tobacco Co. and Lorillard Tobacco Co. stated the requirements set down by the law went against their right to communicate with consumers. The newspaper also reports the court instituted expansions on marketing restrictions of tobacco products due to the government's interest in consumer health.

FDA Hopes to Discourage Smoking Through Requiring a Safety Warning Label According to the newspaper, the Food and Drug Administration (FDA) maintains its authority over tobacco regulation by continuing to require cigarette packing includes a safety warning label. Due to this new development, the FDA will recommence placing graphic labels on cigarettes to encourage Americans to quit smoking.