Company Brings Calories Into the Open on Beverage Labels 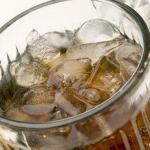 Coca-Cola has made significant changes to its custom beverage labels by putting the soda's calorie count on the front of the product. According to Bloomberg, the company plans to expand its wellness initiatives around the world, which include physical activity programs for children, and it hopes that putting beverage calorie counts on the front of products will dissuade government action against sugary beverages.

Soda manufacturers have come under scrutiny about the amount of sugar within their products, with many nutritional experts saying the large amount of sugar is unhealthy. Local governments across the country have started implementing soda restrictions within cities, such as in New York City, hoping that reducing the size of soda drinks will prevent consumers from consuming too much sugar.

Labels for Bottles and Cans To Change Bloomberg reports Coca-Cola sees putting calorie counts on the front of labels for bottles and cans can alter consumer perceptions.

Muhtar Kent, chief executive officer and chairman at Coca-Cola, believes the company's action may make other soda manufacturers change their labels as well.

"This is the issuance of an invitation for partners to come and join us," Kent said in a conference call. "We know we can't do this alone."