This entry was posted on November 16, 2015 by Lightning Labels . 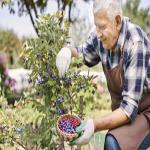 New "Responsibly Grown" Food Product Labels Cause Controversy There is considerable controversy surrounding a new food label being rolled out by Whole Foods, reported CNBC. The program behind the Responsibly Grown label was created with the idea of factoring more complex environmental issues into the growing process.

"We're asking suppliers a series of questions about a range of topics: soil management, pesticide use and pest management, water conservation, energy use and greenhouse gases, topics like farm-worker welfare," Global Produce Coordinator at Whole Foods Matt Rogers explained to the source.

The process would involve suppliers paying a fee to Whole Foods in order to fill out an online questionnaire. The survey would ask a range of questions to help determine what rating within the responsibly grown system the supplier's produce deserves, noted CNBC. The levels of qualification range from good, better to best - suppliers failing to meet the "good" standard will receive no rating at all.

Anger Over Product Labels As CNBC explained, the intention of the program, according to Rogers, was to add a supplementary level of transparency to Whole Foods' produce products. However, organic farmers aren't quite seeing things the same way.

The Atlantic explained that farmer frustration stems from the inherent devaluing of the term "organic." Organic farmers are already responsible for paying fees and adhering to strict regulatory guidelines in order to qualify for their organic food label.

"Organic is responsibly grown, for goodness sake," said one fruit grower, according to the source. "Organic should be the foundation of anything that Whole Foods might do."

Many of the complaints toward the new system have to do with the fact that the rating system is based on an unmonitored questionnaire. The organic labeling process has a third-party monitor, according to Verna Seufert, a geography professor at McGill University whose work focuses on global agriculture, as quoted in The Atlantic piece.

"I could see the anger of the organic farmers who pay the fees and follow these rules, only to appear beside conventional produce that is well-rated," noted Seufert.

A Flawed Food Labeling System In fact, it is possible for non-organic growers to receive even higher ratings under Whole Foods' Responsibly Grown program than those cultivating organically farmed produce. The source reported that conventional growers can do small things like eliminating a few pesticides and setting aside areas in their field for conservation. These tasks can boost ratings and potentially help these individuals surpass the ratings of organic farmers under the Responsibly Grown System.

With these complaints on the table, Whole Foods has made a point of noting that while Responsibly Grown is a helpful standard, the organic certification is always better.

Whole Foods responded to a letter penned by concerned farmers in the summer of this year by announcing a clear set of changes to its Responsibly Grown certifications, according to Civil Eats.

While there are still ways for conventional farmers to receive higher rating than organic producers, Whole Foods has agreed to give any organically farmed food an automatic "good" rating, reported the source.

Additionally, the company plans to continue to review its current scoring system with the California Certified Organic Farmers in order to better acknowledge organic produce.

It is worth noting that the organic certification has its flaws as well. While the requirements for the certification are monitored closely, the process is largely based on trusting suppliers to tell the truth.

Despite the conflict, Whole Foods is trying to take critical steps toward increasing transparency among suppliers and their food product labels.