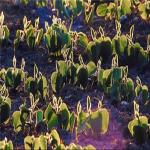 Utah Company Leaves Allergen Off of Food Product Labels, Causing Recall Salt Lake City-based company Snax Inc. neglected to include an ingredient of its beef jerky on food product labels and was forced to recall 90,000 pounds of its product. The ingredient in question was soy lecithin, a soy oil extract that helps to create the desired texture of the jerky and a known allergen, Utah Public Radio reported. In an interview with the news source, Utah State University Meat Scientist Jerrad Legako said soy lecithin acts as an emulsifier. According to Snax CEO Kevin Howard, the food label printing mishap was a mistake and the recall was voluntary.

Custom Food Labels Failed to Include Soy Lecithin While the company left the soy lecithin ingredient out of its custom food labels, there are no reports of adverse reactions so far. According to local ABC news affiliate KABC, the recall affected five different jerky brands that were produced before Feb. 2. While there are more than 160 components known to cause allergic reactions, under the U.S. Food and Drug Administration, food producers are required to label the eight common ingredients that cause 90 percent of food reactions, one of which is soybeans.