Legendary Recall Due to Inaccurate Labels

Legendary Recall Due to Inaccurate Labels

This entry was posted on September, 16 2015 by Lightning Labels . 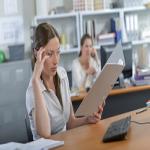 All in the Details
The fine print tends to be far more important than many individuals would give it credit for, including business owners. When leaders begin to lose sight of the smaller aspects of their corporate responsibilities, the chances of experiencing significant instances of financial loss and brand reputation damages will be inherently higher, as small details are so critical in the modern economy.

When looking around the national and international news headlines, it never really takes long to see one major story about an otherwise beloved company taking one step - no matter how big or small - in the wrong direction. The information regarding the mistake travels more quickly than ever before thanks to social networks and similar technologies, and the business will likely have to spend a large sum of money and time fixing the issue.

Lately, the onus has been placed on labeling in retail, food and beverage, design and other sectors, as public outcry has fueled regulatory investigations across the United States and overseas. One of the more recent recalls to have been caused by faulty labeling systems might be enough evidence to back the assertion that firms need to become far more focused upon the accuracy of their practices in these areas, or stand to lose enormous quantities of money.

A 2 Million-Pound Mistake
The U.S. Department of Agriculture's Food Safety and Inspection Service recently forced one of the largest food distributors in the country, Kraft Heinz Food Company, to recall more than 2 million pounds of turkey bacon because of inaccurate labeling. Now, while many of the headlines of late have been directed at issues that involve misleading the public or misbranding items, such as when ingredients - notably those that are known allergens - are not listed on labels, this situation is a bit different.

According to the FSIS, this firm botched the sell-by date on packages of several different products ranging from 36 ounces to 56 ounces in weight. Investigators felt as though this was a Class II Recall, which comes with fewer health risks but is still enough to warrant both the rescinding of the products from the shelves and the communication of the problem to the general public.

The FSIS feared that the items might go bad before the date listed given a slight inaccuracy, while the firm now faces a significant challenge given the fact that the products were manufactured over such a long period of time - between the end of May and beginning of August. What's more, 2 million pounds of turkey bacon lost is a monstrous figure to have to deal with, as the company will not simply be able to bring the items back into the warehouse, relabel them then sell them again.

Getting It Right
There is no doubt that marketing departments have to do a ton of work to get their labels to stand out on the shelves and boost purchases, but companies cannot believe that this is the only matter in need of attention. Rather, quality control that specifically focuses on the accuracy of labels - regardless of what type of product they might be describing - needs to be the highest priority among firms in the food industry.

Investing more in a team or service that will handle quality control can save companies from significant financial losses and damaged reputations among their current and prospective clientele.