Whole Foods to Pay $500,000 for Mislabeling and Overcharging Pre-Packaged Foods

This entry was posted on January 4, 2016 by Lightning Labels. 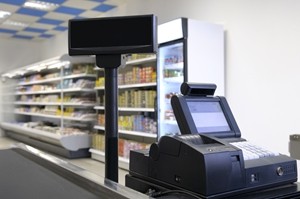 The DCA conducted an investigation into Whole Foods earlier this year and discovered the grocery giant was overcharging consumers on prepackaged items and using incorrect weight and price labels.

"Whether it's a bodega in the Bronx or a national grocery store in Manhattan, we believe every business needs to treat its customers fairly and, with this agreement, we hope Whole Foods will deliver on its promise to its customers to correct their mistakes," Julie Menin, the DCA commissioner, said in the statement. "DCA will also continue its vigilance in making sure New Yorkers are protected every time they check out at the grocery."

Demand for Safe Product Weighing and Labeling In addition to paying $500,000 and having workers undergo training, the settlement terms also require Whole Foods to have about 50 items throughout 10 of its departments audited every quarter. These inspections, which will occur at every store location in New York City, will verify that correct product labeling and weighing practices are being used.

And while Whole Foods has agreed to pay the $500,000 and comply with the settlement terms, the company also released a statement that indicated it felt the DCA acted unfairly.

The press release explained that Whole Foods already has auditing, pricing, weighing and training programs in place that "go above and beyond the DCA's requirements." The company also reported that although it will pay the $500,000, it was originally asked for $1.5 million.

Whole Foods added that it reached this agreement to move forward in its efforts to continue satisfying New York City residents.